Over a year ago, workers at Goodwill joined together and voted for a union with UFCW 655. Since that time, Goodwill has delayed bargaining for over a year to avoid paying fair wages and benefits to their employees. Now they are supporting a decertification effort. Enough is Enough.

Demand Goodwill to bargain a contract with their employees!

David Kutchback, CEO & President of MERS Missouri Goodwill, made $193 an hour in 2019, 18 times more than the average Goodwill employee. While bonuses were phased out two years ago for most workers – Kutchback collected a $100,000 bonus in 2019. Kutchback and Goodwill have delayed bargaining for over a year to avoid paying fair wages and benefits to their employees.

Send a message to Kutchback to show real goodwill and bargain a contract with MERS Missouri Goodwill workers immediately. 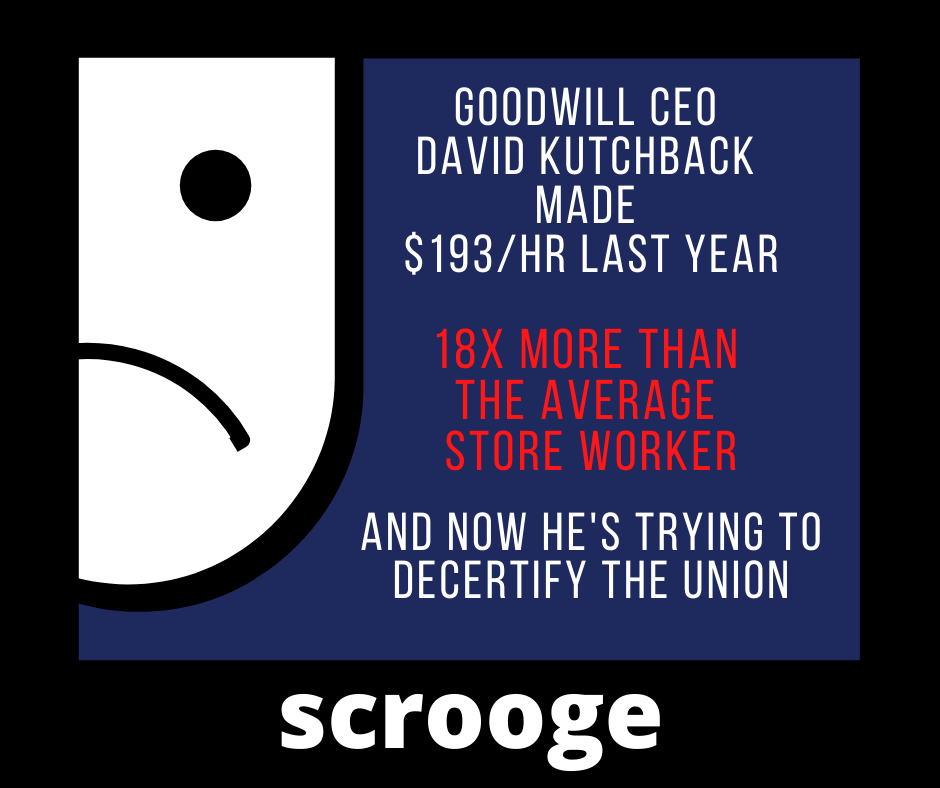 Become a Member: Commit to Be There